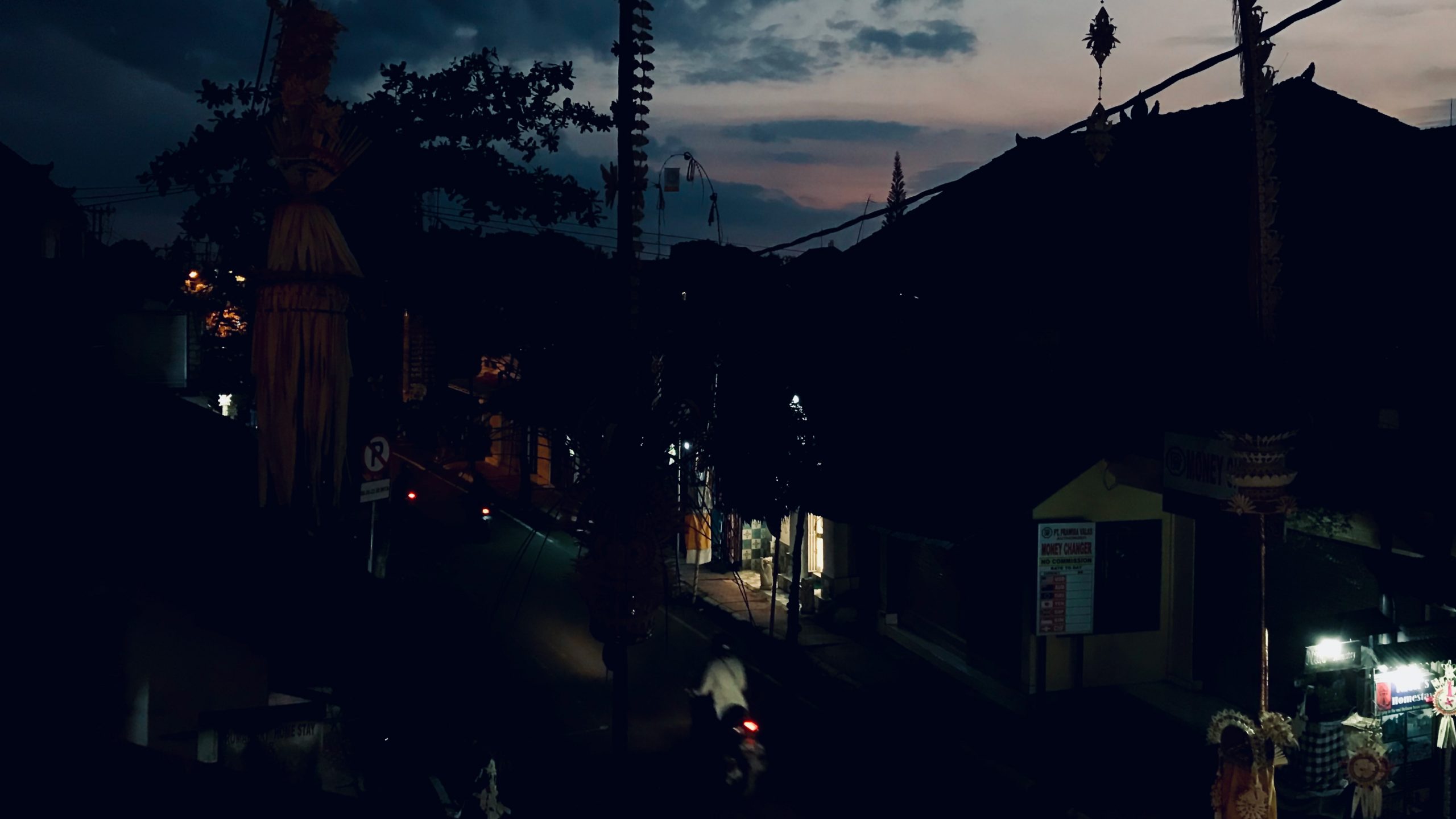 What may people say? What may they think? What will I look like to them? We all have asked one of those questions at some point in our life. Some of us were taught to always ask it before acting. The culture that I grew up in wasn’t different, and so I count myself as one of those who have been asking it too often.

Despite the title, this post is not a step-by-step guide, nor a glorious success story. It’s an awkward and personal story about the price I had to pay for getting rid of that flaw of worrying too much about other people’s opinion. Don’t get me wrong: it’s crucial to consider your actions from a social perspective beforehand, but what I call a flaw here is the worrying. It can quickly turn into pressure and push you towards a wrong decision. I also have to admit that I had been reading about that topic and that one book, in particular, helped me find my ‘ultimate cure’. This is how I know and can assure you that there simply cannot be a step-by-step guide for this matter. As I mentioned, it’s an awkward story, but I think that after one year, I am ready to tell it.

It was Saturday, December 29th, 2018. I got up early for an important exercise and haven’t even had breakfast as I didn’t want to lose any time. The exercise may sound trivial – I was to drive a motorbike. I was learning to drive it, and due to my lack of experience, I had to make sure that I was out on the street early enough, before other people. I didn’t have an instructor, neither did I have a friend who would teach me at that moment. I had just arrived on the island of Bali and felt the pressure to drive so I could go and see places and, more importantly, could live in my own space instead of a guest house room. The pressure came from the fact that everybody I met would drive a motorbike and everybody learnt it the same way. People would tell me, ‘just do it’, ‘just drive slowly’, ‘it’s as easy as riding a bike’. Some of those people I considered friends, so their opinions seemed weighty. This way of learning wasn’t safe, and I was, of course, aware of it, but since it was the most common one over there (and, as I assume, still is up to this very day, unfortunately), I went for it. A guy from the guest house showed me the basics and helped me practice on a parking space, then he said I could practice on empty small roads and eventually go to the bigger ones. Everything seemed to make sense.

That Saturday morning, everything went well first. I drove to the gas station and filled the tank. Leaving the station, I realised that it wasn’t that early anymore. The traffic was congested, and I had to wait for people to let me pass and jump back into it. All of a sudden, it was overwhelming, but finally, there was a suitable moment. I drove out, hit a pothole or a piece of a falling apart curb, and the next image I had in front of my eyes was a car that my bike was flying right into. I felt the collision on one side of my body, then the motorbike fell down on my other side and dragged me on the road a bit further. My head was not injured, neither did I break any bones, and most importantly, I didn’t hit anyone else. But from the first moment I was back to the conscious state of mind, I realised just how lucky I was. It was the first thought that almost made me unconscious again, but there were people, total strangers, who helped me: they carried me and made sure I stayed awake.

I was spending all the next days at home, the NYE was coming closer, all my plans were shattered, as was I mentally. I couldn’t sleep because of the physical pain and because of the nightmare of the accident. For days, my brain kept replaying the scene in my dreams.

I was spending all the next days at home, the NYE was coming closer, all my plans were shattered, as was I mentally. I couldn’t sleep because of the physical pain and because of the nightmare of the accident. For days, my brain kept replaying the scene in my dreams.
I made a list of goals for the new year, looking for things to finally become different. It was clear to me that my life needed a change, and it could not be dictated by someone else’s expectations and opinions anymore. I had to learn to say ‘yes’ to what I felt like and to say ‘no’ to what others were suggesting or doing when it didn’t feel comfortable to me. It sounds so simple, but it becomes so impossible once we grow up being taught to listen to what others say and don’t even learn to listen to the heart.

The first months were hard and far from fruitful. It’s indeed difficult to change your habits. When an accident happens, it throws one out of the routine, but once the shock has faded and the wounds have healed, everything most likely returns back to normal, to the very same patterns. I knew it was crucial to keep remembering and to use the pain as a fuel to focus on my conclusions and to make the change happen. At some point, it started to appear. I began daring more and more of those things that usually would make me worry too much about what others would think or say behind my back. I also began refusing, even when I couldn’t have a strong reasoning, but would simply feel a clear ‘no’ from inside my heart. And then, as was having another moment that required some bravery of me, it finally hit me: ‘Why do I worry about what anyone will think about anything I do if I could have been dead by now?’. I am not a regretful person, but I started to look back and found myself wondering, how could I step back from my ideas and desires, say, at the age of 25, when there was a possibility of never reaching the age of 30? And if it is so, is there any reason left for not following my heart just because I’d make myself look silly or inappropriate for my age or my gender or will just give yet another reason for people to criticise me? Does any of it make sense in the first place?

After the accident, a movie-like miracle happened. I stumbled upon the book ‘Tuesdays With Morrie’ that was stashed in one of the drawers of that guest house room I was renting. I began reading it but only finished half of the book by the time I had to check out. I left the book where it found me to make sure it will find the next one who is supposed to come across it. Half a year later, I was reading the same book, and that’s when I finally read the words that shaped what I called my ‘ultimate cure’ at the beginning of this post. It is a simple idea.

We don’t live fully until we realise that death is inevitable.

I had met people in my life before who had only begun doing what they always felt like doing after surviving cancer. Yet, when I thought about how my life would be in a comparable case, I’d never think of changing anything that drastically unless I’d end up in the same condition. Putting this way of thinking into words make it sound absurd. Yet, I am sure more people are having the exact same pattern of thought than are willing to admit it.

Can we make a real change in life without having a near-death experience? I decided to share my story, despite still feeling uncomfortable about my mistake, in the hope that the answer is yes. But also to make you, dear reader, ask yourself this question. At this given moment, are you risking something, which you may haven’t even realised, by acting out of someone else’s expectations?